Crunchy, roasted chickpeas make for tasty, arguably healthy, and relatively quick bar bites. With cooler weather just around the corner, it’s time to crank up the oven. To heat up the palate, warm spices like cumin, black pepper, and cayenne give roasted chickpeas a punch of flavor and a heat that brings pink to our cheeks (the cocktails help, too). If you want something with a little more complexity, season the roasted beans with garam masala or a spicy curry powder blend. Whatever you do, make sure their completely dry and dark brown. They should shatter when you bite them.

With nothing more than an inexpensive can of chickpeas (garbanzos), some olive oil and a little salt (all pantry staples), you can have this hearty snack prepped and toasting in 10 minutes. The oven does the rest of the work while you prep other dishes. Be sure to drain and pat the chickpeas dry between paper towels before tossing with oil and seasoning. The goal is to dehydrate them as much as possible as quickly as possible without burning them. Extra water slows that down.

Roasted chickpeas are a perfect snack whatever the libation. They’re equally at home with a glass of bubbly and a pint of beer. Their spices get an amplification boost from stiffer drinks like our favorite gin martini or a great rye Manhattan. In the highly unlikely event you have leftovers, they make great croutons on salad. Whatever the occasion, roasted chickpeas are a guaranteed crowd pleaser!

Drain the can of chickpeas (discarded or save water for another use)and pat down the peas with a kitchen towel or paper towels until the peas are as dry as possible. Place the peas on a sheet pan lined with parchment paper. Drizzle olive oil over them and toss until coated. Put the sheet pan in the oven.

After 8 minutes remove the peas from the oven and place them into a medium sized bowl. Add the garam masala, kosher salt, and pepper, toss until coated. Put the peas back on the sheet pan and return to the oven for another 5-8 minutes or until dark and crispy.

Let cool for about 10 minutes before eating.

The Mariquita Farms “Mystery Boxes” (actually, they’re really big bags) we buy twice a month are always filled with beautiful, in-season veggies in an extraordinary variety. The fun of the mystery is that you really don’t know what you’re going to get before you show up to grab the bag off the back of the farm’s delivery truck. And from time to time, we get something that we’ve never considered buying but have always been curious to try.

Such was the case with a recent bag that included a lot of Jerusalem Artichokes. We’ve seen them around. They’re knobby little tubers that look sort of like ginger root or galangal, have the texture of apple or Jíca

ma when raw and make for a delicious puree when boiled like a potato. Cooked, they have an earthier, sweeter flavor than potato, which is to say you get more of the mineral flavor of the soil they’re grown in. They aren’t a starchy veggie, so you don’t get the same fluffy, dry mouth feel you get from potato. Instead, they’re a bit waxy when cooked through. Eaten raw, they’re crisp and a little sweet thanks to their high fructose content. They’re delicious as an addition to your dinner salad.

Nobody knows how the plant got its name. This member of the sunflower family (hence the alternative name ‘sunchoke’ or ‘sun choke’) isn’t an artichoke, and it doesn’t come from the Middle East (it’s a North American native species). Aboriginal North Americans were cultivating and eating it when the first Europeans landed on our shores. It made its way to Europe in the early 1600’s and was quickly adopted on the continent. That’s about all we know about its earliest culinary uses. The bulbs are loaded with potassium and iron and they’re low carb/low glycemic diet-friendly thanks to their high inulin content.

We adapted a bon appétit recipe for Fried Sunchoke Chips with Rosemary Salt by toasting thin slices of Jerusalem Artichoke in the oven on an oiled sheet pan before sprinkling them with the herbaceous salt. We recommend getting them as thin as possible so that they dry as they brown. Our first go at oven roasting produced a softer chip because of the thickness of the slices, but they were sweet and delici

ous all the same.

Preheat the oven to 350 degrees and line two baking sheets with aluminum foil. Mix the salt and rosemary together in a small bowl, set aside. Cut the lemon in half and squeeze one half of it in a bowl filled with fresh water. Scrub the Jerusalem artichokes until very clean; place them in the bowl of acidulated water. Thinly slice each tuber, about 1/8 to 1/16 inch thick, or as thin as possible. Empty the water from the bowl and dry. Add the sliced tubers to the bowl and squeeze the other half of lemon over the top. Add the olive oil and toss to coat. Evenly place the slices on the baking sheets in one layer, do not over lap. Lightly sprinkle the rosemary salt over the slices and place in the oven. Bake for 15 minutes; then pull the pans out of the oven and begin to remove the browned and crispy ones from the pan. Rotate the pans and place them back in the over for 3-5 minutes. Continue to check the tuber slices and remove the crispier ones and place the lighter colored ones back in the oven. This will take up to 30-40 minutes. Consolidate the slices to one pan when there is room available. Sprinkle more rosemary salt over the top. Serve warm or at room temperature. 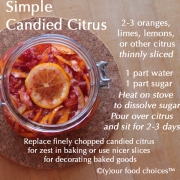 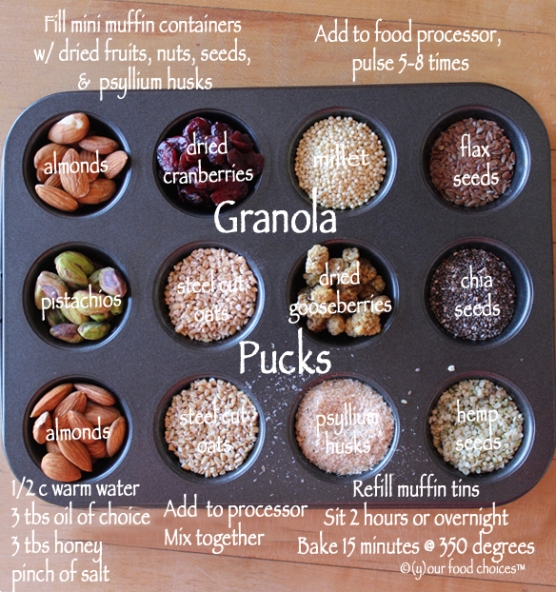