Confession time. Yes, we have been keeping a secret from many of you and it’s finally time to come clean. Jason was once a vegetarian and Steve, in his effort to impress Jason, was a vegan. That’s right, the two guys that cook and eat venison with passion were once PETA supporting, Birkenstock wearing, tree hugging, dirty hippies! We’re still a bit crunchy, and called dirty hippies by Steve’s co-workers, but now we have our vegetables with a side of meat. We know many of you may be shocked and dismayed and you have every right to be, but come on everything in moderation, right? Including pig. 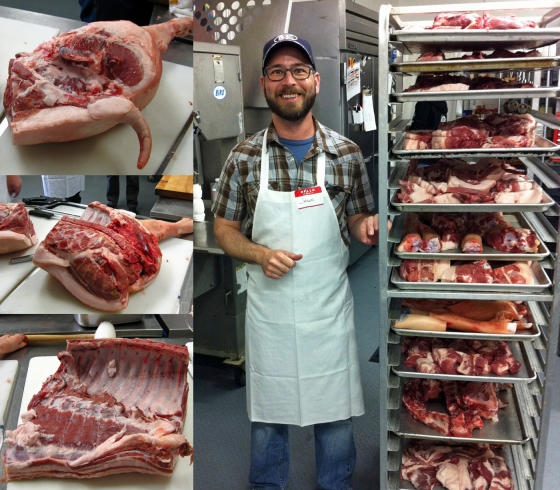 Alas, we’ve long since abandoned the vegetarian lifestyle as we’ve embraced our inner carnivore with a bit of gusto. Now, make no mistake, we believe more than ever that a diet based on fresh, organic fruits and vegetables, beans and grains is the only means to a healthy, long life. But meat is so satisfying and so important to our nutritional well being that we can’t imagine ever forsaking it again. And nothing says carnivorous bliss quite like meaty, succulent pork.

We took our interest in all things porcine to a new level in April when we joined 7 other hog loving epicures at a 4505 Meats pig butchery class in San Francisco. The 9 of us, all scrubbed and in aprons, broke an entire hog down into various chops, roasts and steaks using the tools of the trade – boning knives, hacksaws, mallets, hatchets and cleavers. Indeed, this was as hands-on a butchery class as one could ever expect and it was amazing! Under the patient tutelage of 4505 Meats’ Ryan Farr, we learned to skin the pig, break it down into primal cuts, “French” chops, and de-bone hams. When we were finished with the work, we had many, many pounds of fresh pork to divide among us and virtually nothing went to waste.

Our first chop before the pan.

With our freezer full of pork we’re working our way through the different cuts. Our first meal from the pig consisted of just one  huge chop. The chops are so large that both of us are able to split one and still feel full. We grilled the chop on the stovetop and finished it in the oven seasoned with nothing more than salt and pepper. The flavor was nice and fresh, but not nearly as good as the other pig parts that we later brined before grilling. The blueprint for the brine recipe comes from 4505 Meats, with the addition of a few other ingredients and a reduction in sugar.

We know we’ve been saying this often, probably too often, but it’s time for us to have a party. We’re thinking of a bbq in the park. But since summers are so darned cold in San Francisco, we might need to wait until the fall when the weather is more inviting in our foggy neighborhood. Of course, if any of our friends are up for  hosting responsibilities, we’re willing to bring the party, pig and all! Leave a note and let us know.

Mix all the ingredients except the ice in a sauce pan. Bring the mixture to a boil and stir until the sugar and salt are dissolved. Add the ice and refrigerate until very cold, around 40 degrees. Transfer the brine to a large bowl with a lid or a large zip lock bag.

For brining a pork loin leave in the solution at least 8 hours and up to 24 hours.

For pork chops leave in the brine for 4 – 8 hours.

Rinse the pork after brining and pat dry with paper towels before cooking. Grilling the meat and then finishing in the oven is the best way to eat the meat once it’s been brine, in our opinion. Be careful that the meat does not burn. The added sugar from the brine can cause a quick char to occur.

4 thoughts on “The Whole Hog!” 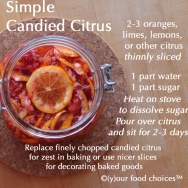 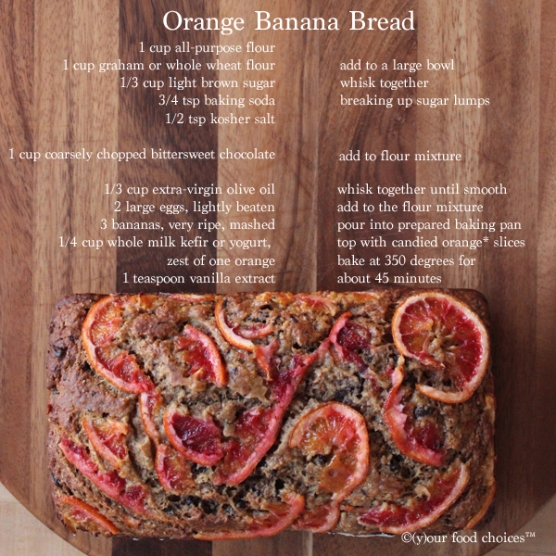